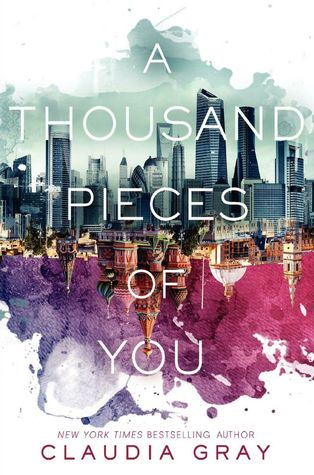 5 ★ Audiobook⎮I picked this up thinking it would be a YA Contemporary story (based on the cover, I suppose). Boy, was I surprised! This story perfectly captured how I envision alternate universes. It was really everything I wanted A Darker Shade of Magic to be, but not nearly as slow. The pace was perfect. The writing was straightforward and to the point without being dull. There was so much action that there wasn’t a lot of time for in-depth character development or a whole lot of backstory, but I honestly didn’t mind since I was more invested in the AU storyline than the specific characters. I loved the AU descriptions and each universe was better than the last. This was an extremely easy and pretty fast read.

Narration review: The audiobook narrator (Tavia Gilbert) did an excellent job of distinguishing voices/accents between characters and between universes. This element brought an extra layer to the audiobook that the physical book just could not have. For example, having Marguerite think in an American accent and speak with a Russian accent while in the Russian AU was absolutely brilliant! I definitely think the audiobook has a leg up on the physical version. ♣︎