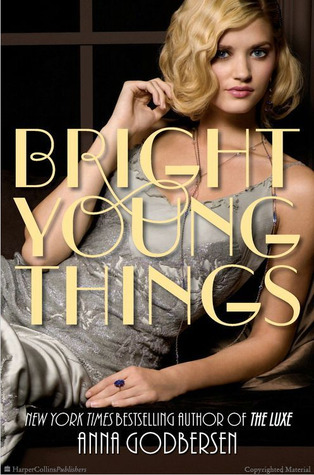 3.5 ★ Audiobook⎮My opinion of this dramatically increased during the last two chapters. If the entire book had been as action-packed as those chapters, this easily could have been a four-star book. However, Godbersen devotes most of the story to character-building and, unfortunately, I just wasn’t crazy about any of these characters. They come off as vapid and vain, not to mention child-like (all things that annoy me). These women pale in comparison to those in the Luxe series. I can’t imagine what Diana Holland would think of Astrid Donal. Towards the end of the story, I (thankfully) began to become invested in these characters enough to actually want to pick up the second installment. Cordelia finally elicited a response other than a groan from me. At one point, I was even cheering for her. I just wish that point (and the catalyst for it) had come much sooner in the story.

Narration Review: For the longest time, the narrator (Emily Bauer) was the most enjoyable thing about this audiobook and her narration is what kept me listening. Actually, I can’t say enough about Emily Bauer’s narration skills. Her voice is soothing like silk.  ♣︎

Audiobook Empire is Jess's audiobook production company. Interested in reviewing for the Empire?