{I’m doing a compiled review for this series because I completed it before becoming a full-time reviewer.} 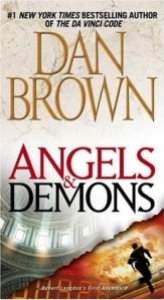 Individual rating: 5 ★
Although Angels & Demons is known as Robert Langdon #1 in the series, it was actually published 3 days after The Da Vinci Code (Robert Langdon #2). But don’t ask me why! I read this back in 2006 (and I do mean read, as in the physical version) after immediately finishing (and adoring) The Da Vinci Code, which was being hyped like crazy then. When I first picked up The Da Vinci Code, I had no idea it was part of a series. You can imagine my delight upon learning of this installment and eventually coming to love it even more than The Da Vinci Code. I’m usually a stickler about reading a series in order (it’s a serious pet peeve), but this series was written in such a way that each installment could almost be a standalone novel. I read it 10 years ago, so I won’t do a detailed review. But suffice it to say that even though #1 and #2 are both worthy of receiving these 5 stars, this one edges out The Da Vinci Code by just a nose hair.

Individual rating: 5 ★
As stated above, this was the book that started my obsession with the Robert Langdon series. I know it gets spit on a lot, but I really, really, enjoyed it. I can see how it might not be suited for those with serious religious affinities, but I’ve always viewed it as an alternate take on religious history. I would recommend it for someone who loves history, but it doesn’t take things too seriously and is able to see this for what is, a work of fiction. To my amateur eye, Brown really seemed to have done his history homework. There were no significant inaccuracies that really bugged me or kept me from being able to enjoy the overall plot. To this day, I have never read anything else like this and it remains one of my favorites. 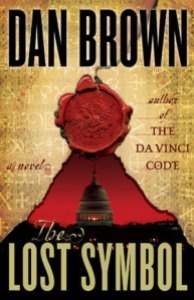 Individual rating: 4 ★
By the time The Lost Symbol was released, I was an avid fan of Dan Brown. I had its release date marked on my calendar for months. For some reason, I just didn’t enjoy this installment quite as much as the previous two. Maybe it was because so much time had passed between my successive reading of installments #1 & 2. I guess I was expecting it to be sort of like the movie National Treasure, but better. It turned out that I wasn’t as captivated by the Freemason storyline as I should’ve been in order to fully enjoy the story. However, it’s still a good installment to the series and I can definitely see how someone more interested in the Freemasons and Founding Fathers would love this. It just wasn’t my favorite.

Individual rating: 5 ★
After being slightly disappointed in The Lost Symbol, I was worried that my interest in this series was waning. Years went by, I became exceedingly busy, and the release of Inferno somehow slipped under my radar. I stumbled across it in late 2014 and was excited to see that Brown decided to send Robert Langdon back to Italy, where my favorite of his books is set. This was the first of his books I’ve ever listened to on audiobook and while I was a little disappointed that Tom Hanks (who portrays Robert Langdon in two film adaptations) wasn’t narrating, Paul Michael did an excellent job. This installment takes place in another part of Italy than Angels & Demons and focuses on a mystery surrounding the Italian poet Dante Alighieri. When compared to the ratings on Goodreads, it seems that I always tend to enjoy Dan Brown more than the average person and this installment was no exception. It felt like the Dan Brown of old, the one that originally reeled me in with The Da Vinci Code in 2006! ♣︎